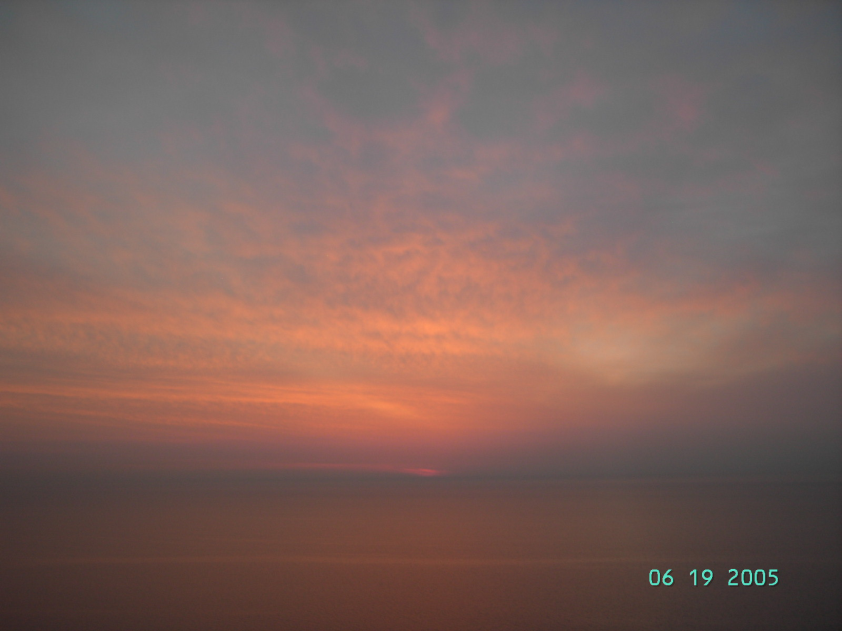 Def:    A quotation that is not transcribed but, rather, photographed and embedded in the flow of prose where normally a block quotation or quotation marks would be used.  A photoquote is not an illustration of what the scholar is referring to. It is not even just supporting evidence.  It becomes an integral part of the argument.
Quotation is a fundamental tool of historical and literary scholarship--and it is tricky. Anyone who has vetted a manuscript, be it an essay assignment in school or an article or book manuscript, or anyone who, in reviewing a book, has checked the quotations against the originals, knows how easy it is to find typographical errors.  But more important, it is easy to find cases where the quotation is not from the alleged source, but rather from some knockoff reprint.  It is also easy to identify cases where the quotation was truncated strategically or taken out of context.
Photoquotes make such errors and deceptions more difficult if not impossible.  Scholars in search of facts and sound argument would welcome that difficulty.
Perhaps the first remarkable use of photoquotes was in descriptive bibliography when the quasi-facsimile transcription of title pages gave way to photographic reproductions.  The quasi-facsimile transcription was an attempt to reproduce with codes, symbols, and strategic deployment of white space the salient characteristics of a title page in order to give users of the descriptive bibliography a way of identifying copies of a book.  The title-page photograph not only gave a more detailed rendering of the original, it eliminated the human error virtually inevitable in transcriptions.
Skepticism and a will to believe form a basic tension in scholarship.  Scholars always want to know where information comes from.  Footnotes and lists of works cited do not just witness the range of a scholar's frame of reference, they do not just bolster the arguments with an array of authorities.  They are primarily the identification of the sources of one's information.  And yet, the most scrupulous attention to annotation only gives readers a place to go and check the accuracy and fairness of one's use of sources.  Scholarship's report about where information comes from does not change the fact that quotations and reports of information are, to the reader, hearsay--reports at second hand.
Thomas Paine explained his reluctance to believe in God and an afterlife on the grounds that he had no first hand evidence.   He said he did not deny the possibility of revelation; he only denied ever having had a revelation himself.  He did not deny that other people might have had a revelation from God; but him, when these revelations were reported, it was second hand.  He wanted evidence.  Presumably he was interested and would have welcomed evidence of God and the afterlife.  He was not stubborn; just skeptical.  He would not bank his life on secondhand information.    That is perhaps extreme if applied to all knowledge.  But scholarship is about identifying and evaluating sources and replicating arguments.   Accepting on faith what one reads is not scholarship.
Photoquotation may be susceptible to manipulation, but a photo taken from a properly identified source document, with sufficient inclusion of margins and context would give readers a sense of authenticity far more convincing than a mere footnote to a block quotation.   For example, the following is taken from an essay on the composition and publication of Virginia Woolf's To the Lighthouse.  Imagine it with transcribed block quotations, rather than photoquotes.


Readers familiar with To the Lighthouse might be reading the following passages for the first time, since they appear in very few places--and not in any trade edition of the novel.  The question before us is, Do the cut passages add to or change one’s notion of James and his relation to his father?  All the cut passages are in the mind of James, who does not elsewhere in the novel think or express these thoughts.  In the text as it was published on both sides of the Atlantic, James thinks about his father’s nearing presence. 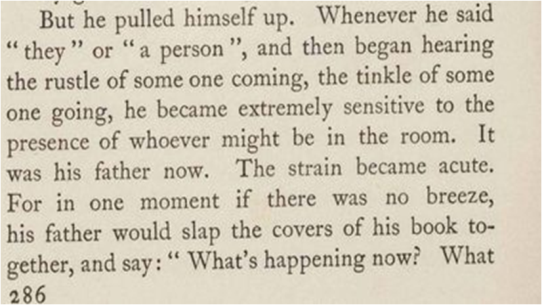 Fig. 2  (p 286 British Edition)
(Grateful acknowledgement is made to The Society of Authors as the Literary
Representative of the Estate of Virginia Woolf for permission to photo-quote
from Woolf's original documents.)
Originally, the proof-version that Woolf thought was the final form, was rather different.  One must imagine the next picture of proof , pages 286-87, without the black pen alterations, which were copied by an editor at Harcourt Brace in New York, onto this original set of proofs only after Woolf had altered and sent in the second copy: 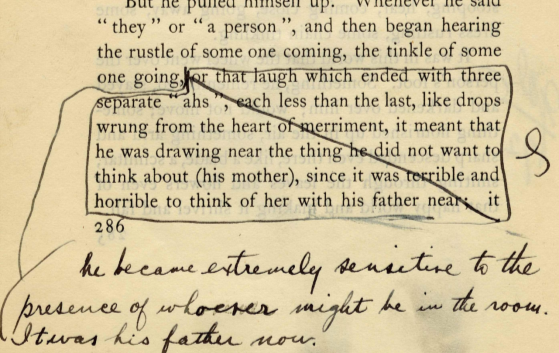 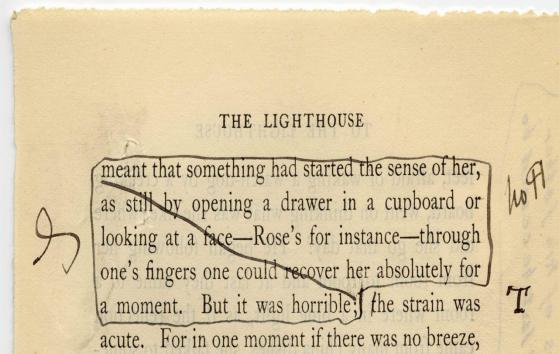 Fig. 3. Two pages of 1st proofs with Harcourt Brace editor's alterations
(copied from 2nd proofs, see Fig 4).
Given a second directive from the printer to cut additional material from the novel, Woolf produced the following: 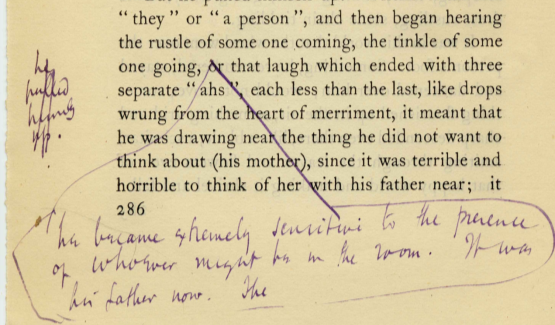 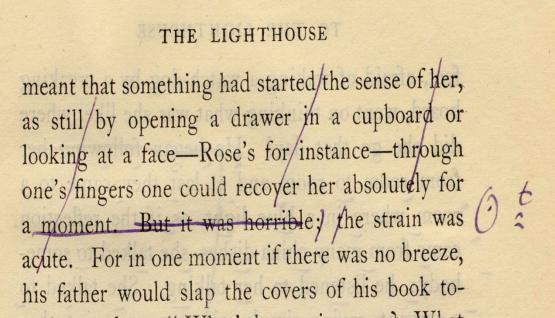 Fig. 4.  Second copy of proofs with VW's inked alterations.
The HB editor accurately recopied onto the first copy of proofs the alterations Woolf had made on the second set of proofs.  No problem there, but the major deletion seems to me very significant, removing from James imagination the horror of thinking of his mother with his father near.  Readers can make of that what they will; it is not explicit elsewhere in the novel. 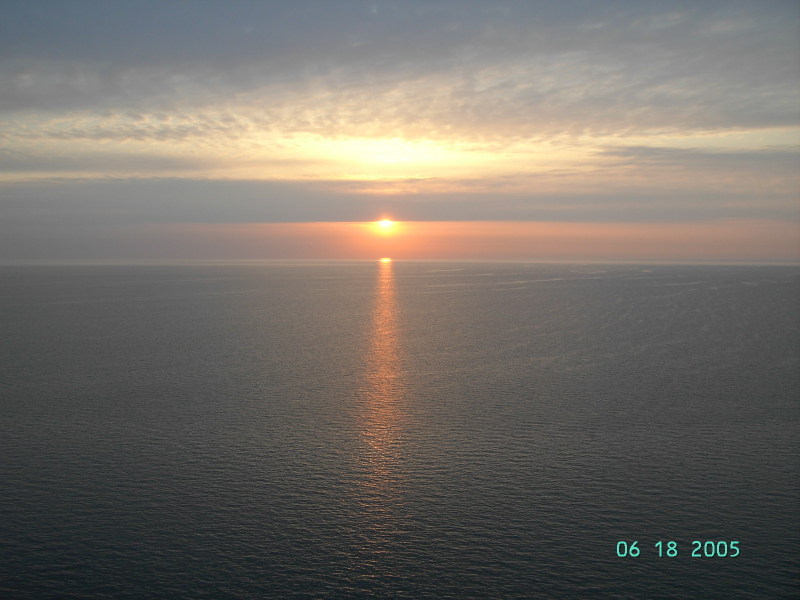 Email ThisBlogThis!Share to TwitterShare to FacebookShare to Pinterest
Bichitra: The Making of a Tagore Website
Sukanta Chaudhuri (with others) 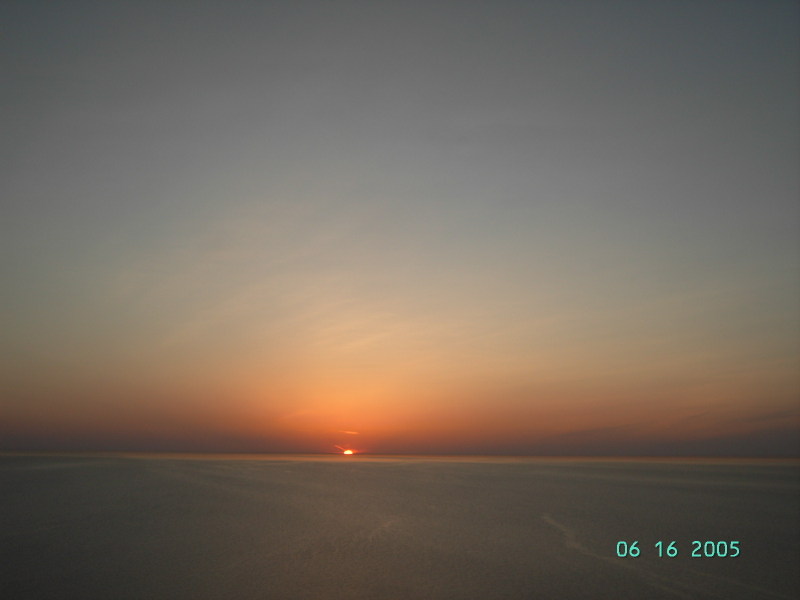