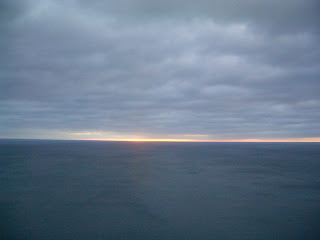 I'm sometimes fascinated by the role of tag phrases in our lives. I grew up in a house where a new verse of scripture was to be memorized every day. Tag lines from that experience still crop up (e.g., be sure, your sins will find you out). Country and Western music, and perhaps popular music of all kinds, provide the "words we live by" (stand by your man, or all you need is love). Poetry and novels are full of lines we remember and apply apart from their original contexts (e.g., find out what that kid wants and give it to him or Do you love me? Do I WHAT?). These things have the force of clichés--which is to say we dismiss them as soon as we think of them.

Here are some tag lines that keep cropping up for me relative to textual studies:
1. Where did that come from? It is the basic question of the sceptical academic. In textual studies, the answer is always, ultimately, some document--not a picture of one; the actual document. When there are no further answers to, where did that document come from, you've reached the end of the trail, but not the end of the questions about it.
2. What goes without saying? Usually we say "it" goes without saying, and because it does go without saying, we don't say what "it" is. For written documents, our ability to know and apply what went without saying fades and gets reinvented in new forms in new readings or by new readers.
3. That is very good--but it isn't good enough. Not specific to textual studies, this line nevertheless seems very useful in acknowledging achievements while setting the bar high. It is the obverse, with the same effect as the next--
4. A pedant is one whose standard of accuracy is higher than your own. My father had an old joke that never failed to make him laugh. There were these two old Quaker men who had been friends all their lives (pun intended, I suppose). The one said to the other: Everyone is queer but me than thee--and sometimes I wonder about thee.
Posted by PLS at 9:09 AM 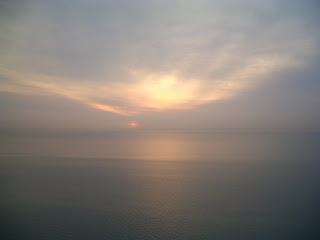 I moved to Chicago in 2008, to a condo facing Lake Michigan. Many mornings I wake before dawn and watch the sun rise over the water--or over or under or through a bank of clouds that often lingers over the eastern shore at the horizon. I take pictures.
I've been thinking of revising Scholarly Editing in the Computer Age for a fourth edition. SECA was originally written as five lectures given in 1984 at the English Department of the University of New South Wales at Duntroon--the Australian army officer training college. Having delivered the lectures, I subdivided, revised and expanded them for a book. The Physics Department was just down the hall and the computing room was just down stairs, and people in both places helped me to learn TeX, which at the time seemed so much more sophisticated than WordStar for arranging words on a page. So, I "typeset" SECA, and it was published in 100 copies on A4 paper and bound in a reddish cover and given away free. A few weeks later a second printing of 100 more copies was made. I'm not sure if one can tell the difference between the two printings.
Encouraged by a few people who read that version, I revised again, added the seventh chapter and submitted it to the University of Georgia Press for publication in 1986. More encouraging people read it and seemed to like it. I think it was because each chapter is so short, or that the style continued to be that of talks, rather than formal writing, or that it granted the premises of editorial positions other than my own and tried to explain them rather than argue against them, or, possibly, it was because I had a higher tolerance than most people for reading textual essays and readers found my summaries more palatable than reading extensively in the field.
Encouraged again ten years later, and mindful of the fact that SECA had incorporated the notion that computers were useful primarily for the preparation of print editions, I revised again, dropped the TeX appendix, and added more materials on the emerging possibilities for electronic presentation of textual work. The third edition was published in 1996 by the University of Michigan Press. Apparently it still sells a few copies. Last year my royalties amounted to 29 dollars.
Throughout, I never lost sight of the original audience for the SECA lectures: academics whose training, if any, in scholarly editing was rudimentary, but who saw a need to edit. In Australia, in 1984, that need was to edit neglected Australian authors from the colonial period, i.e., before 1900. SECA was designed to help them think their way through the issues and help them make appropriate designs for the project.
Does any part of the world need a revised version of such an introduction? So far, one person I met in Japan seemed pleased with the idea of an updated version.
If there is a next version, should it be self-published on the web, or should I submit it to a publisher?