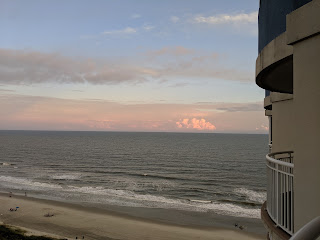 Textuality and Knowledge got a great review
https://scholarworks.iu.edu/journals/index.php/textual/article/view/27156/32684
Posted by PLS at 5:58 PM 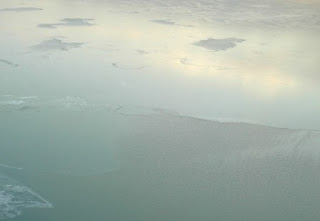 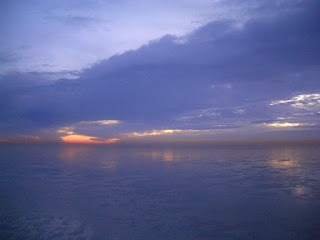 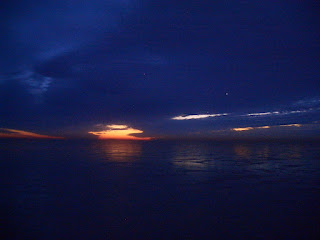 Flaws and Errors vs Character of the Material

I recently acquired an oak burl that was riddled with carpenter ants and some rot.  Burl wood is the result of disease or damage.  The tree attempts to repair the damage and isolate the disease or invading fungus or insect.  The result is a sort of gall of wood fiber without a set grain direction.  The patterning can be beautiful, but the juxtaposition of rot and insect damage with solid burl wood is erratic.  One could call it natural materiality, if one were aping aca-talk.
I cut pen blanks from my burl.  A pen blank is about three inches long and 3/4inches square.  One drills a hole through the blank, inserts and glues a thin metal tube, mounts it on a lathe with appropriate bushings, and shapes a pen body.  What could go wrong?
Well, first I ran into some soft sap wood that flecked off, leaving bits of exposed metal tubing.   In another effort I ran into the channels left by the carpenter ants.  And in another effort I gouged the wood by holding the lathe tool at the wrong angle.  It got me thinking about the differences between flaws in the material, errors of execution, and discovery of the character of the wood.  Woodworkers often casually refer to "character of the wood" to render beautiful that which appears anomalous.  Knots are the chief such objects.  In some woods the knots are surrounded by grain that curls and chips during planing, leaving dips and small divots chipped out of the wood.  Sanding might remove evidence of very shallow divots, and a smooth dip might be said to follow the grain.  Here is where a fine line exists between flaw and error.  Did the carpenter mar the wood by breaking fibers or was the carpenter exposing and displaying the subtle undulations of the wood?
It made me think of the materiality of texts and the carpentry of editing.  It might make more sense to compare carpenters to writers, but writers create material objects from words, where the material is merely a medium, not the thing itself (whatever that is).  Editors, like carpenters, find the material already in existence and seek to find how it should best express itself.  Understanding the character of the material makes it possible to work with the material to expose and display its subtlety.   Some carpenters, like some editors, are not interested in the material.  Their eye is on a conventional outcome: a text without flaws; a chair or a desk that looks exactly like its mates and in which no undulations, subtle or otherwise, can be detected.
My pen blank with soft sapwood that flecked off the lathe declared itself unfit for the use I sought.  The ant channels offered a different problem.  They were not, per se, character of wood.  Yet, they were endemic to my particular piece of wood.  Did their existence render my pen blank inadequate for the job?  Or did they become a natural aspect to be appreciated and cared for in the pen-making process?   Is care, devoted to such material, a vain attempt to salvage inadequate material, or is it an homage to the material?
Answers to those questions vary according to the expectations and inclinations of the person setting up as judge.  In editing, if one's expectations, one's predispositions and assumptions, about the material are strong, one can run roughshod over the subtleties.  If one's principles are strong, they might prevent one from seeing how the material resists the editor's tool.
It has become common these days to lump Anglo-American editorial practice into a catch-all bin called intentionalism or idealism in order to contrast it (usually pejoratively) with European editorial practice in a bin called materialism.  The former is said to drive toward an unachievable idealism, while the later pursues and cares for material text(s).  Both bins are damaging oversimplifications: damaging because anyone buying into such stereotypes is encouraged to become inured to the differences between flaws and errors and between character of the material and character of the editorial principle.
It is no defense of realism or scholarship to say that the intentional character of material texts is outside the purview of editing.  Likewise, it is not defense of idealism or criticism to say one can treat documents as mere temporal snapshots of intentional works in progress.  Both statements contain truth and are thus more than a little bit attractive, but a true wood worker respects the character of wood and rejects the flaws.  To do otherwise is error. 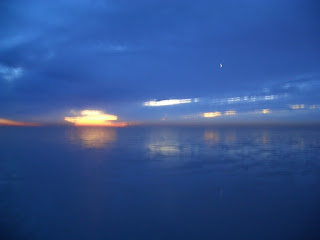 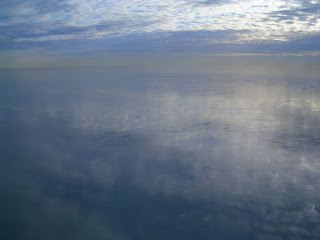